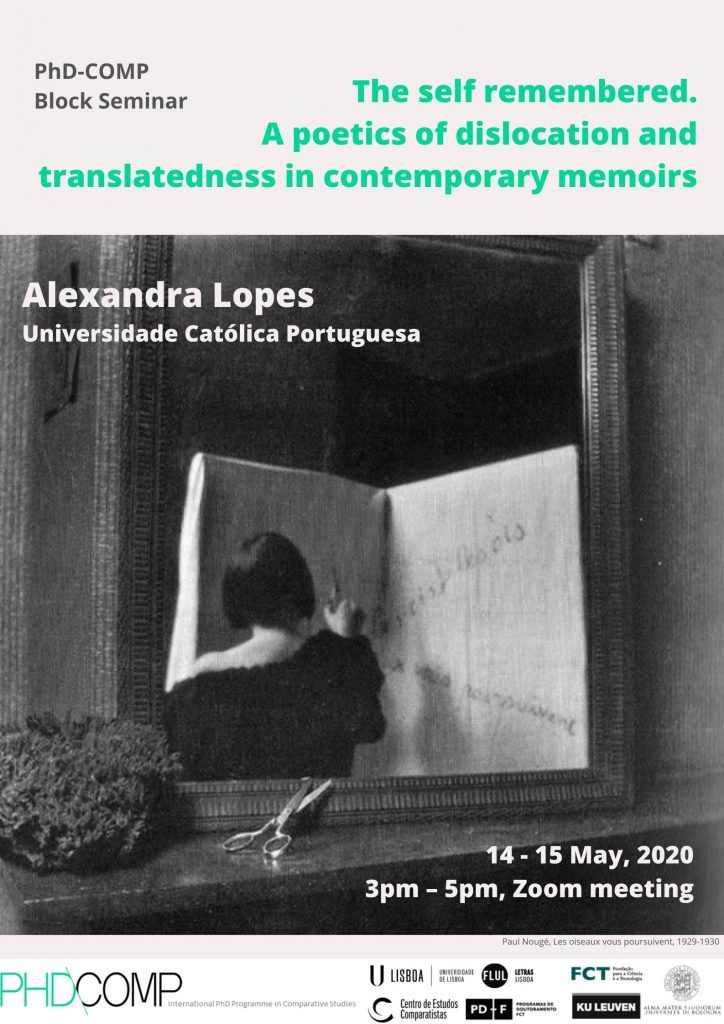 This seminar aims to argue a two-fold point: (a) modern-day experience is often inhabited by mobility that breeds a sense of rootlessness and un-belonging; consequently, most reflections on identity and selfhood are necessarily enmeshed in the experience of translatedness, whether they acknowledge it or not; and (b) memoirs and life writings can, to their advantage, be read as acts of translation, of bearing lived experience across a narrated page.

Indeed, translation inhabits the very heart of the memoir. To be able to tell a story about the self, one has to translate the experiential into words – words that attempt to make sense of the randomness of existence. This inherent translatedness of the genre is further compounded when the life trajectory that is being narrated unfolds under the aegis of translation, i.e., when the memoirs are the recollections of ‘translated [wo]men’ (Rushdie, 2010, 1981), those who, for different reasons, have been ‘borne across the world’. As I have argued elsewhere, translatability appears to be the sign, par excellence, of modern-day experience (Lopes 2016).

Formally, the reflection will be developed in a diptych, as it will delve into two different – albeit to some extent intellectually contiguous – textual landscapes:

Part 1. Memoirs of a dislocated self

The two narratives will be read separately at first, but the interpretive thrust will highlight how both of them actually have one common topic: narrating the self in transit. As the texts describe, and to an extent, of course, fictionalize, stories of dislocation, it will be argued that the storyteller’s literal movement matches and mirrors and problematizes a translatedness of being that begs further reflection.

These three narratives discuss the possibility of grasping a person’s – one’s father – life in any meaningful way. The narrative complexity is compounded by the fact that it is both an attempt at biography and a form of memoir, as the lives of fathers and sons are inextricably entangled.

Even though they describe very different circumstances, these narratives may be understood as forms of life writing, and in most cases the life – or a segment of life – described is inhabited by displacement, (literal and metaphorical) translation, and a sense of loss, fear and change – in short: life is experienced as an ‘elsewhereness’ that requires translation. Giving up one’s language and/or culture and/or home implies a decentering of the self and a possible reinvention of identity across movement and translation.

The seminar will set out to discuss the main tenets of the genre, as well as read it as a form of translation. I intend to do this by looking into the potential translatability of the memoir as a genre, its possibilities and constraints. It follows that the constraints of representing the self, the (im)possibility of rendering it in stable, fixed terms, as well as the notions of negotiation and liminality will have to be addressed. After all, as Hall puts it, “the notion of displacement as a place of ‘identity’ is a concept you learn to live with, long before you are able to speak it. Living with, living through difference” (Hall, 1997: 134). This may well mean that one must dismember in order to remember, and henceforth to narrate.

Bio
Alexandra Lopes is Associate Professor at the Universidade Católica Portuguesa. She holds a PhD in Translation Studies. She is currently vice-dean at the School of Human Sciences. She has published a number of essays on culture and translation studies in Portuguese and international volumes, as well as a handful of translations of literature (works by Salman Rushdie, William Boyd, Herta Müller and Peter Handke). She co-edited The Age of Translation. Early 20th-century Concepts and Debates (2017) and Mediations of Disruption in Post-conflict Cinema (2016). In the course of 2020, she is editing a volume of essays on Translation, Resistance & Cosmpolitanism, as well as co-editing two other volumes: Mudam-se os Tempos, Mudam-se as Traduções? Reflexões sobre os Vínculos entre (R)evolução e Tradução (co-edited with Maria Lin Moniz) and Translation and Exoticism. Inventing the Other in Literature (co-edited with Marie-Hélène Torres). She coordinates the Literature and the Global Contemporary research group at CECC- Research centre for Communication and Culture Studies. 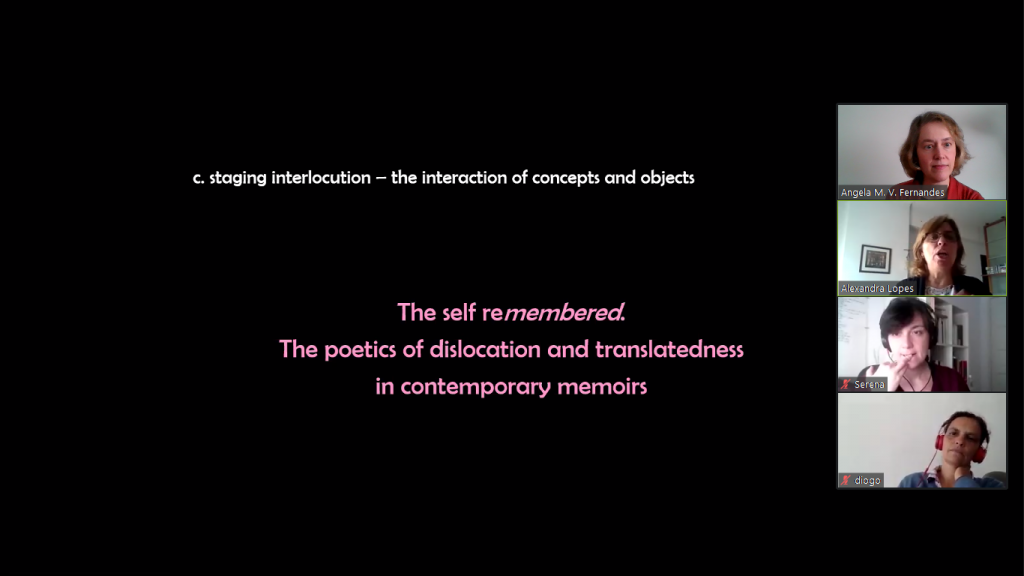 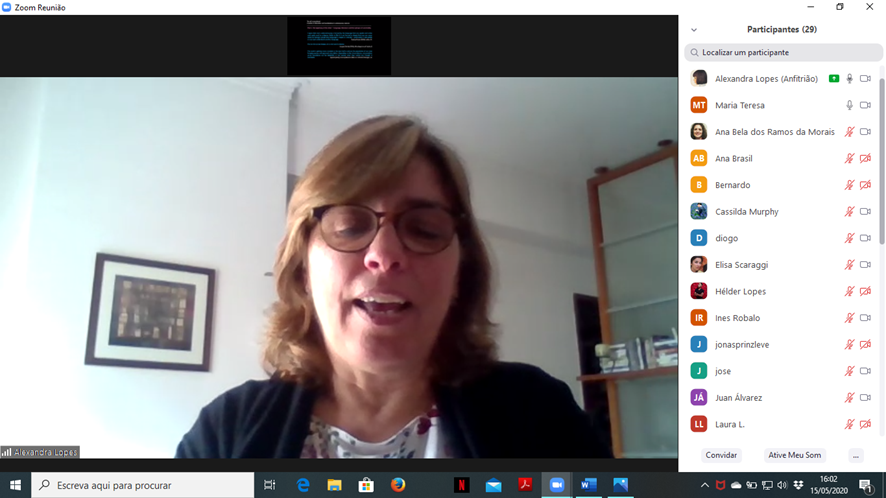 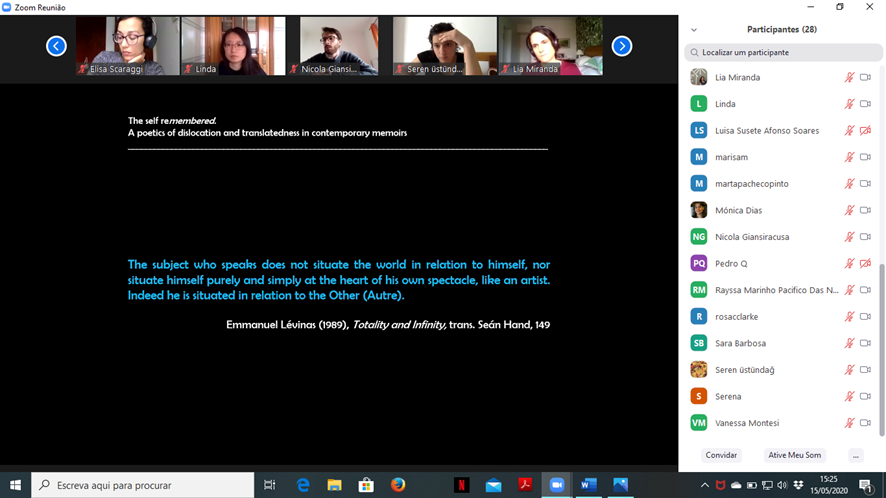 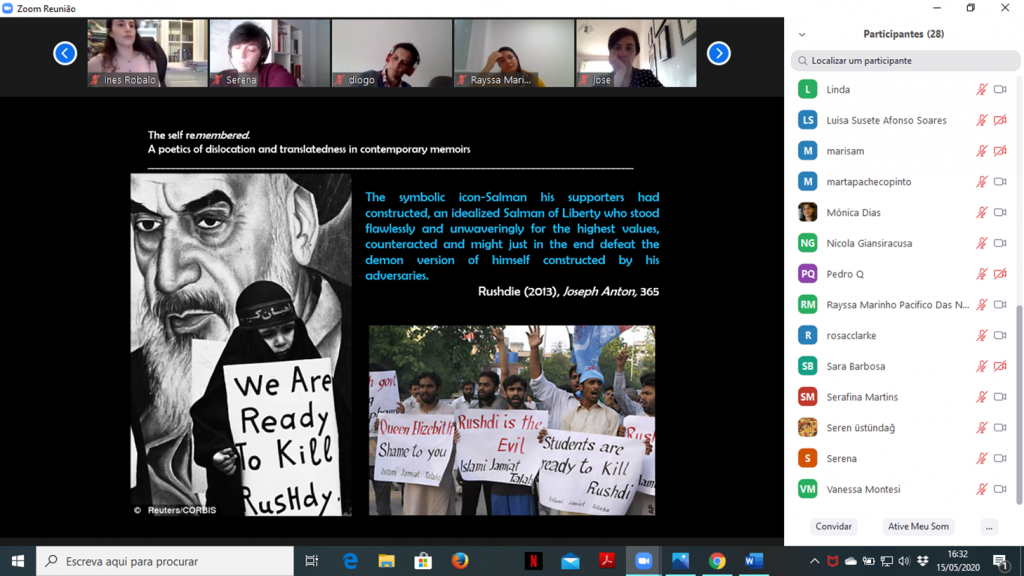 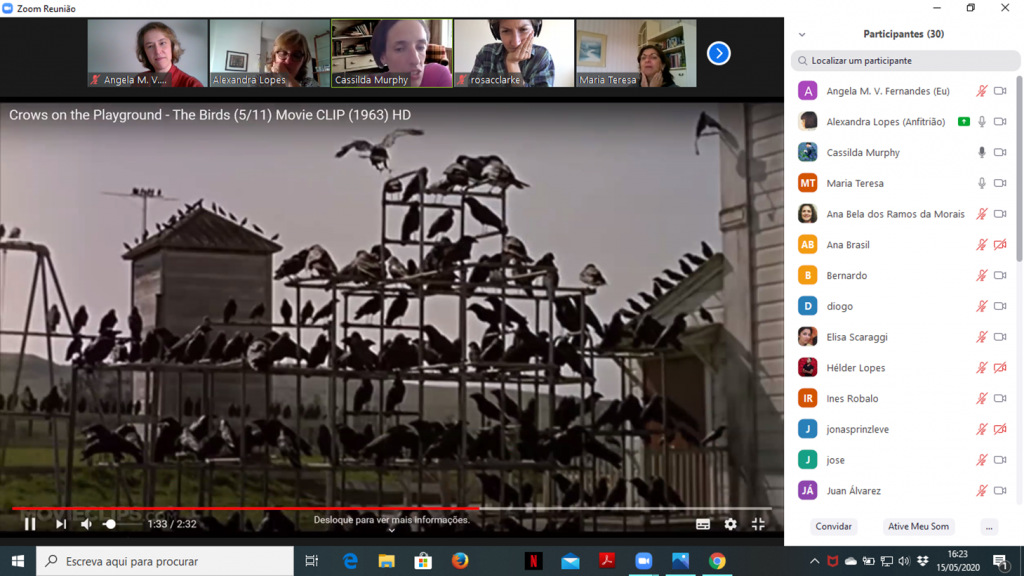 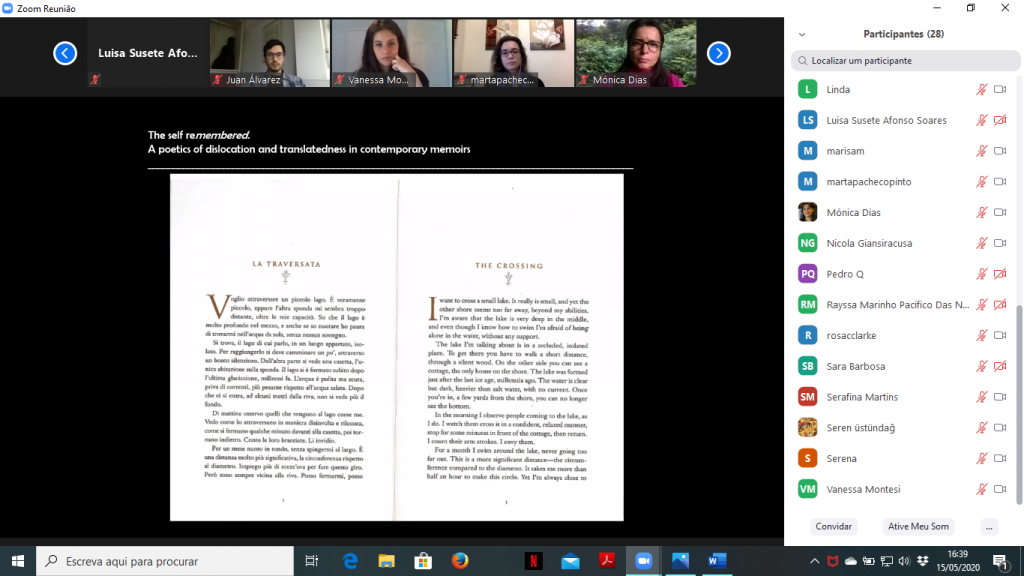 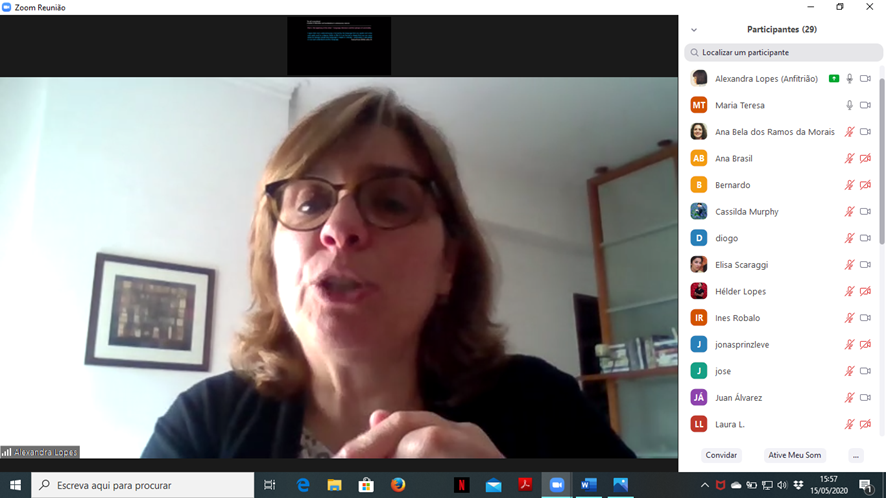